He was sitting behind his desk in the corner of the living room, the small white desk lamp turned on, casting its light rays over the paper that sat under his steady hand, while his pencil scratched some almost illegible scribbles, but that he was able to understand completely. Moreover, he was the only one able to interpret, not only the letters but the whole meaning.

That corner costed him much persuasion effort and grant from himself so that his mother allowed him to occupy it. He wanted the backroom, used to store a bunch of antiques  which had lost the usefulness long ago. He was able to find things even older than himself. A thought crossed his mind that he should also be thrown away , but he still believed he was useful for something. His plan was to take the mess away and get the space free for him to organize his dreams.

However, his mother was irreducible. There was still valuable things there. They had sentimental value, according to her. Memories of a past which will never come back, as he preferred to say. But it was too much of a cliche phrase, so he scratched it away from his mental text. He argued that the value was the memory and the things only were there to be covered in dust, that his dreams would be shiny in the white of the paper which he wouldn’t let get yellow. But she said no, no way.  Her vehemence was enough to make him give up on insisting, at least on this aspect. 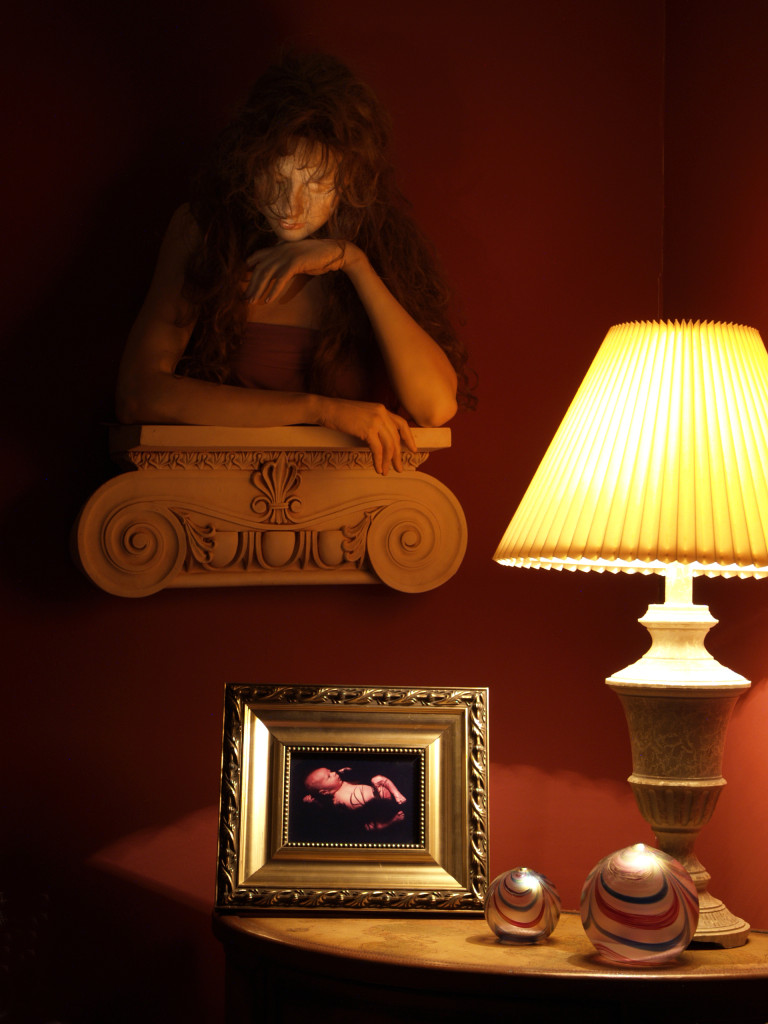 Another room, then? She should sent his brother away, as him already had his own career and was already over the age to lead on his own life. His brother could left the room for him, so he could garnish the wall with dreams in murals of white and graphite, so he could wake up in the middle of the night to invent a new dream to hang there, so his sacred den would be available for him to stay in peace.

But no. The mother loved his brother and didn’t want to see him leave. Why, he also loved the brother, however it was over the time for him to live his own life and untie himself from the mother’s apron strings. He should go and be happy somewhere else as it’s the reason for people to grow up. But the brother didn’t want to leave, but the opposite: he should leave and left the freed the place, that he should scratch his daydreams somewhere else, that he found something right to do.

So he gave up again of another solution, because with two voting against one no democracy would support him. At last, he thought in another place, but the house wasn’t so big. He insisted for the corner of the living room, that a little desk was put, that a little lamp was turned on, that they left his dreams sprout under the sound of his MP3 player that muffled the lively noises of the nightly soap opera, that in such desk he would pile his varied dreams one over another as they were done. His mother accept, not willingly, but he was glad.

Because the it didn’t matter the place itself, nor the space, not even the isolation. What really mattered was that he could have a spot where he could find his dreams and created them from thin air. And the air was everywhere. So he sat in his chair which was stolen from the kitchen besides the the little desk that was nothing more than a varnished wooden plank over four bent legs, that would wobble if wasn’t for the small wooden shim that supported it and his steadiness with the pencil’s grip.

And then he started to write his dreams and, while he wrote them, he felt each one of them as he was living in that exact moment. In his dreams, he felt the lips of the princess while the prince kissed her. In his dreams, he felt the warmth of the spring sun over the park’s grass where the the boy played. He felt the sadness of the son as he lost his beloved father and also the disappointment of the doctor who wasn’t able to save him. He felt the blessing of a god which the priest threw over the mass and the hope of the faithful that his life would get better. He felt the pain from the stab on the back of the victim and the rush of the detective as he hunted the murderer, as also the satisfaction of the family when they reached justice.

When he wrote, he felt what he couldn’t feel in the real life. He gave on his arguments, as he knew he could be successful in his written dreams. He accepted the scoldings of his mother, as in his dreams he was perfect or, if not, his flaw was the salvation. He ignored the quarrels of his brother, let them be, as in his dreams he could be stronger and, even so, be merciful.

Sometimes there was something in his life. But in the dreams he wrote he lived all the lives that he wanted to have. In the dreams, he already sold books by millions. In the life, it was still in the future.

This site uses Akismet to reduce spam. Learn how your comment data is processed.

George Marques' Blog by George Marques is licensed under a Creative Commons Attribution-ShareAlike 4.0 International License.
Permissions beyond the scope of this license may be available at http://georgemarques.com.br/contact.